The eighth newsletter by the Development Management Team has been produced for Westbury and is available to read here.

The Development Management Team has been produced newsletter #8 for Westbury and you can read it here.

Coming up in February/March 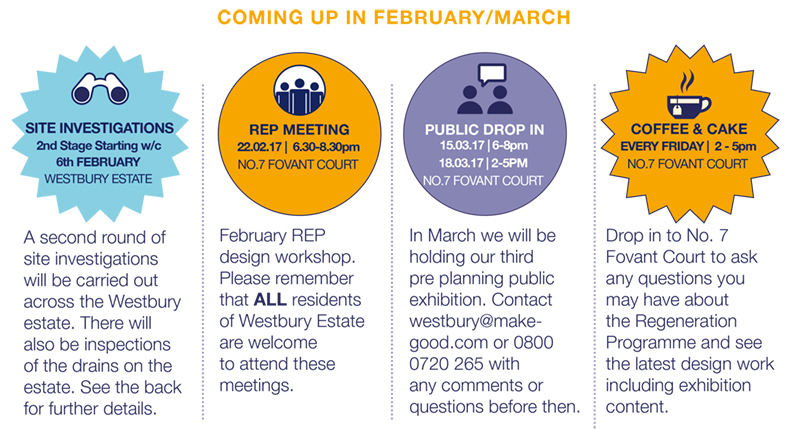 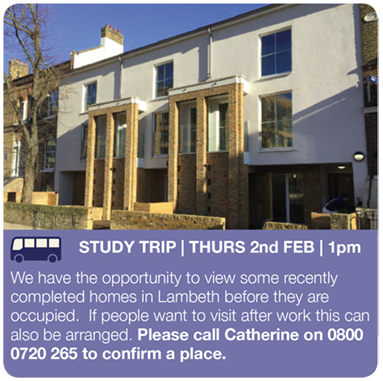 A refined masterplan was presented at January’s REP and the Public Exhibition. Following a pre application meeting with Lambeth planners the team have
been looking again at the series of buildings next to Heathbrook Park.

The refinements produce the following benefits: 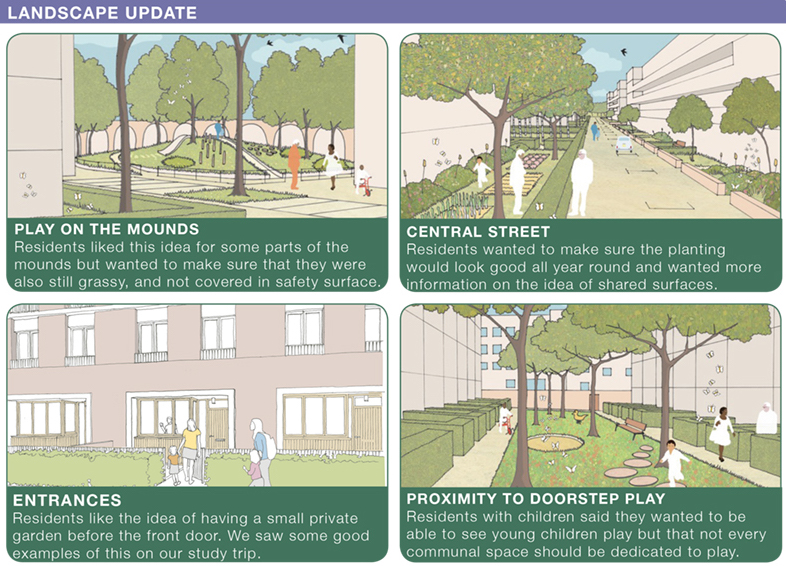 Andre from Camlins has been continuing his work on approaches to open space which looked again at the proximity of doorstep play to homes. It was felt that
it was a good idea to have some play accessible to people from the estate and open to the public but also to have some play within secure communal spaces.

Residents thought that it was very important to gather feedback from neighbours and particularly residents of the tower blocks and therefore the comments combine feedback from the REP and the Public Exhibition. 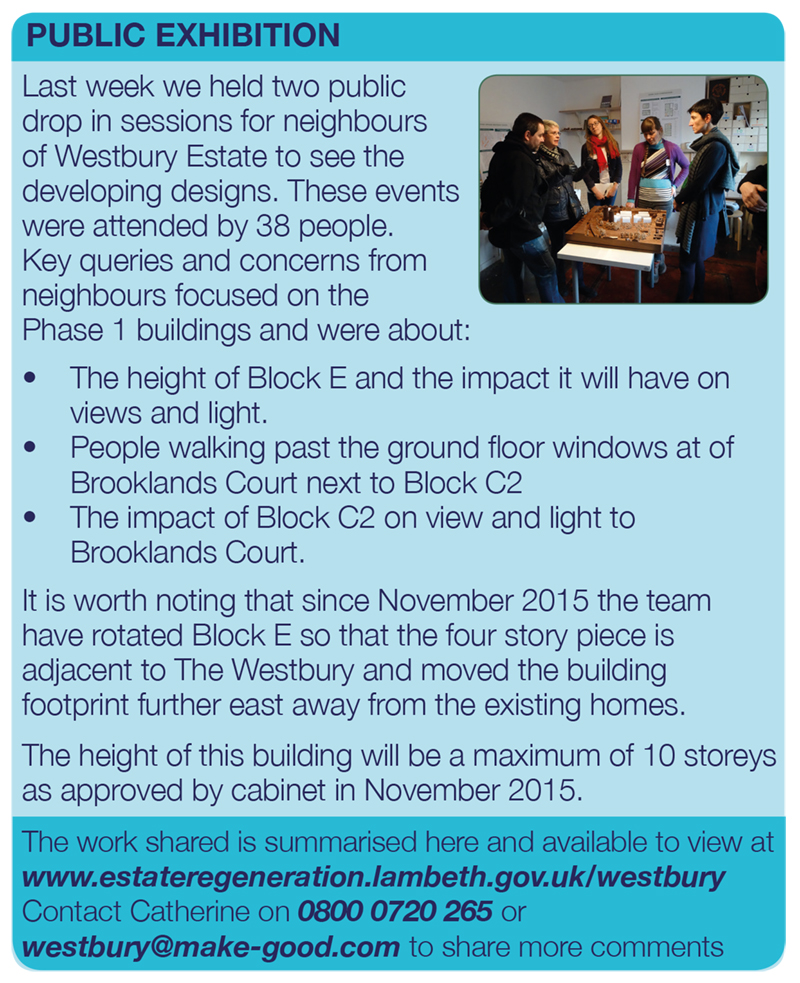 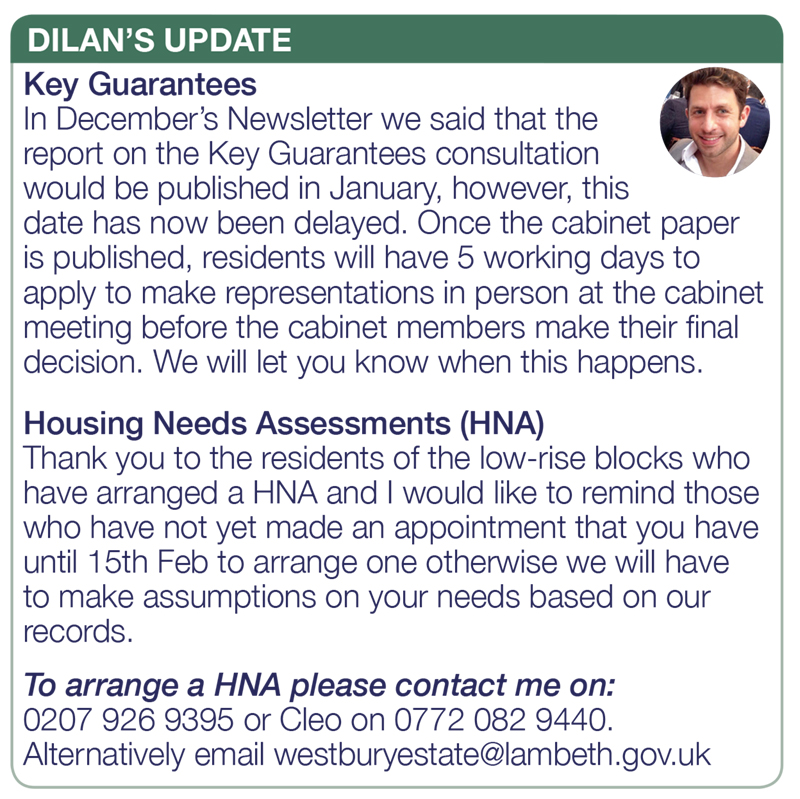 In November we held workshops and outreach on the Key Guarantees which enabled us to feed back to the Council a great deal of information with your views about the promises Lambeth Council has so far made to residents. We hope to see
these views reflected in the final version of the Key Guarantees.

Recently we spoke with over 50 residents from Amesbury and Durrington Towers about how the regeneration will impact on them. Lots of you told us that car parking in the new development is a major issue for you! Current information on parking is available in No. 7 Fovant Court.

Over the next few weeks and months we will be working to support residents’ involvement in the planning process, establishing when more detailed information about living costs in the new homes will be available and also arranging an additional workshop on valuations for leaseholders.

As set out in the information distributed to residents in December, the site investigations for the Westbury Estate will take place in two sections. The investigations for Phase 1 were completed on the 18th January and the second phase are due to start on week beginning 6th February.

These investigations are necessary to test and check the ground conditions in and around the areas where new buildings are going to be built. They do not mean that works are about to commence.

In December we distributed a map of the test locations and in the week prior to the works starting,we contacted the homes which are close to these sites. The contractors have agreed to the working hours of 8am - 4pm. If you have any questions please call 0800 0720 265.

There will also be CCTV investigations of the drains on the estate at the same time. These investigations will require each manhole cover on site to be lifted and inspected using a CCTV camera. 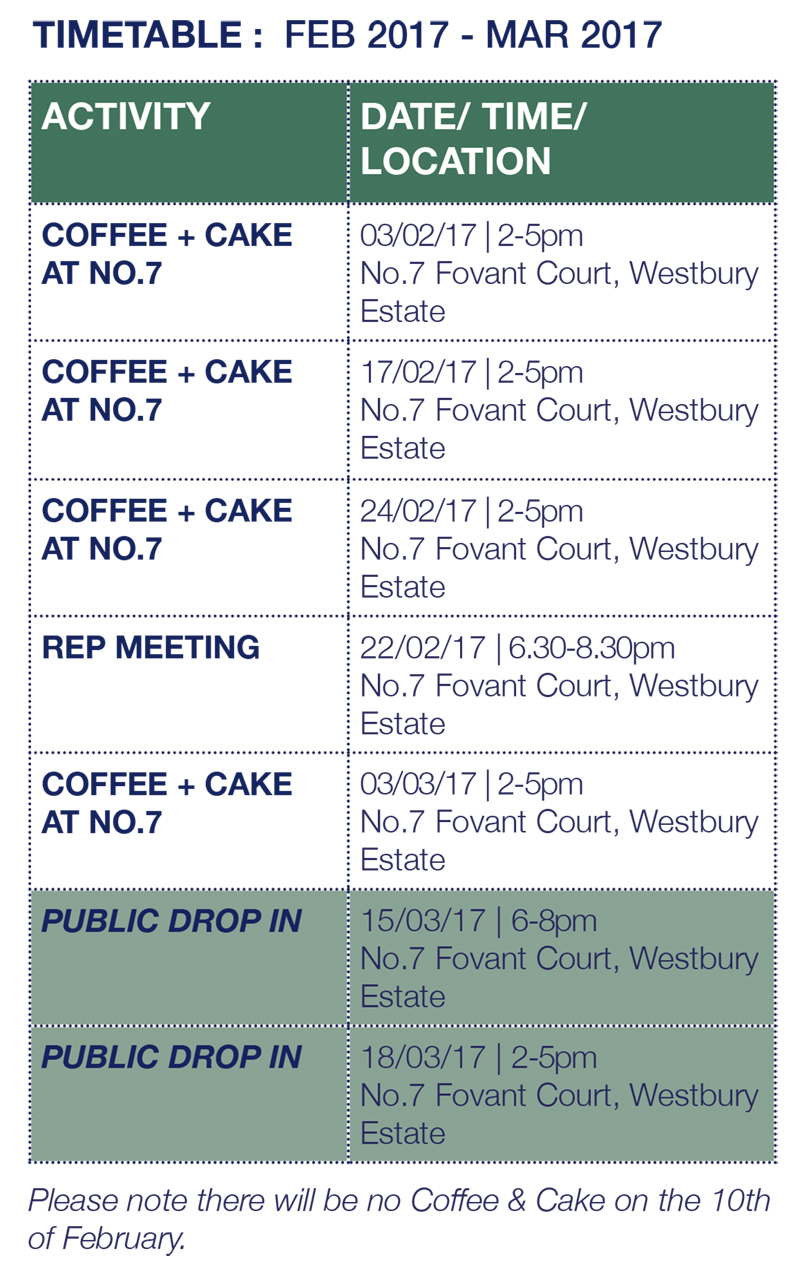