Over the past year residents have been sharing and reflecting on the history and heritage of Knight's Walk and this summer we designed and produced a piece of artwork together for the garden at No.15. Read more about it here.

Last June we visited the Aylesbury Estate on a study trip to look at things that residents liked and didn't like about new homes and the spaces in between them. One feature that residents liked was how the buildings had been named after local businesses that had been there for years and how the benches within the communal gardens had plaques that captured stories and memories of the local area. From this study trip, residents agreed to include the following priority to the Residents Brief:

"Capture and reflect some of the heritage and memory of the existing Knight's Walk."

When No.15 opened as a resident space and meeting hub, it was important for us that as well as looking forward and discussing the new homes and development of Knight's Walk there was also a space for us to talk about the past, hearing personal stories, memories, talking about the history of Knight's Walk and finding a way to capture some of these conversations so that they might be reflected in the communal spaces of the new homes.

In December 2016, we launched the Knight's Walk Memory Archive at No.15 - a series of wooden drawers for each home on Knight's Walk to be filled with stories, memories, anecdotes, photos and artefacts by residents who wanted to contribute to the collective archive. On a weekly basis, residents share and reflect on personal stories or historic facts about the local area and gradually over the past months the Memory Archive has become populated with over 25 contributions. 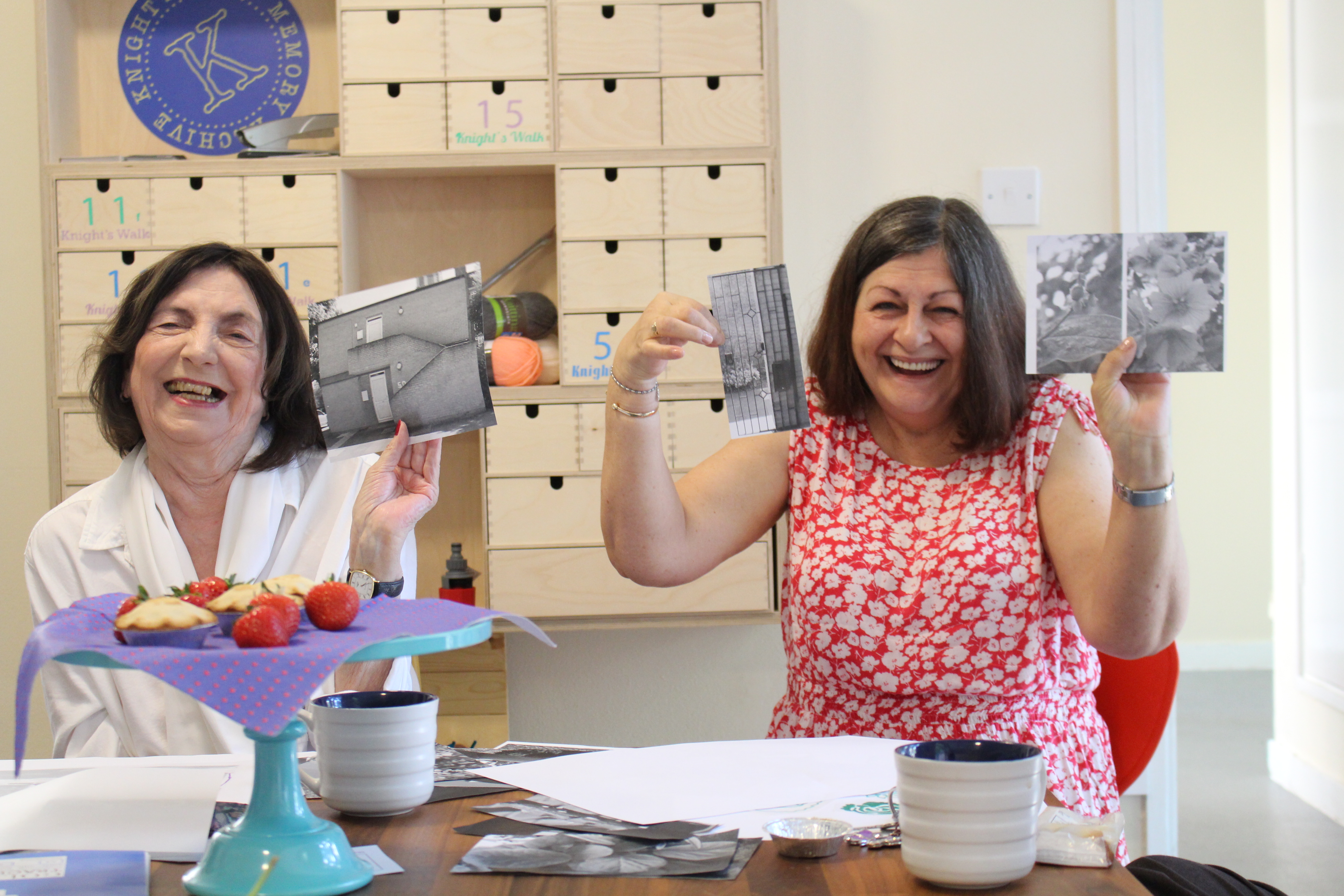 In addition to the stories captured in the memory archive and the engraved quotes on the planters along Knight’s Walk, we wanted to explore the possibility of reflecting these memories and the heritage of the area in a visual way, in collaboration with residents of Knight’s Walk through several coffee and cake sessions, we designed and built a wall artwork for the garden at No.15.

During the plant audit and walkabouts on the estate, we began taking photographs of what people told us was valuable or important to them and combined these with historical images of the area, including maps from the Lambeth Archive. In June we ran a collage session at No.15 as part of coffee and cake where residents selected images from previous sessions and cut elements out, re-assembling them in a meaningful and a creative way as unique collages, reflective of the Brutalist aesthetic of the estate architecture. What came out of this session was a real appreciation for the forms and patterns within flowers and plants on Knight’s Walk as well as the unique geometric shapes that the brutalist architecture of the bungalows produced, including the brickwork, the paving and the railings around the estate. 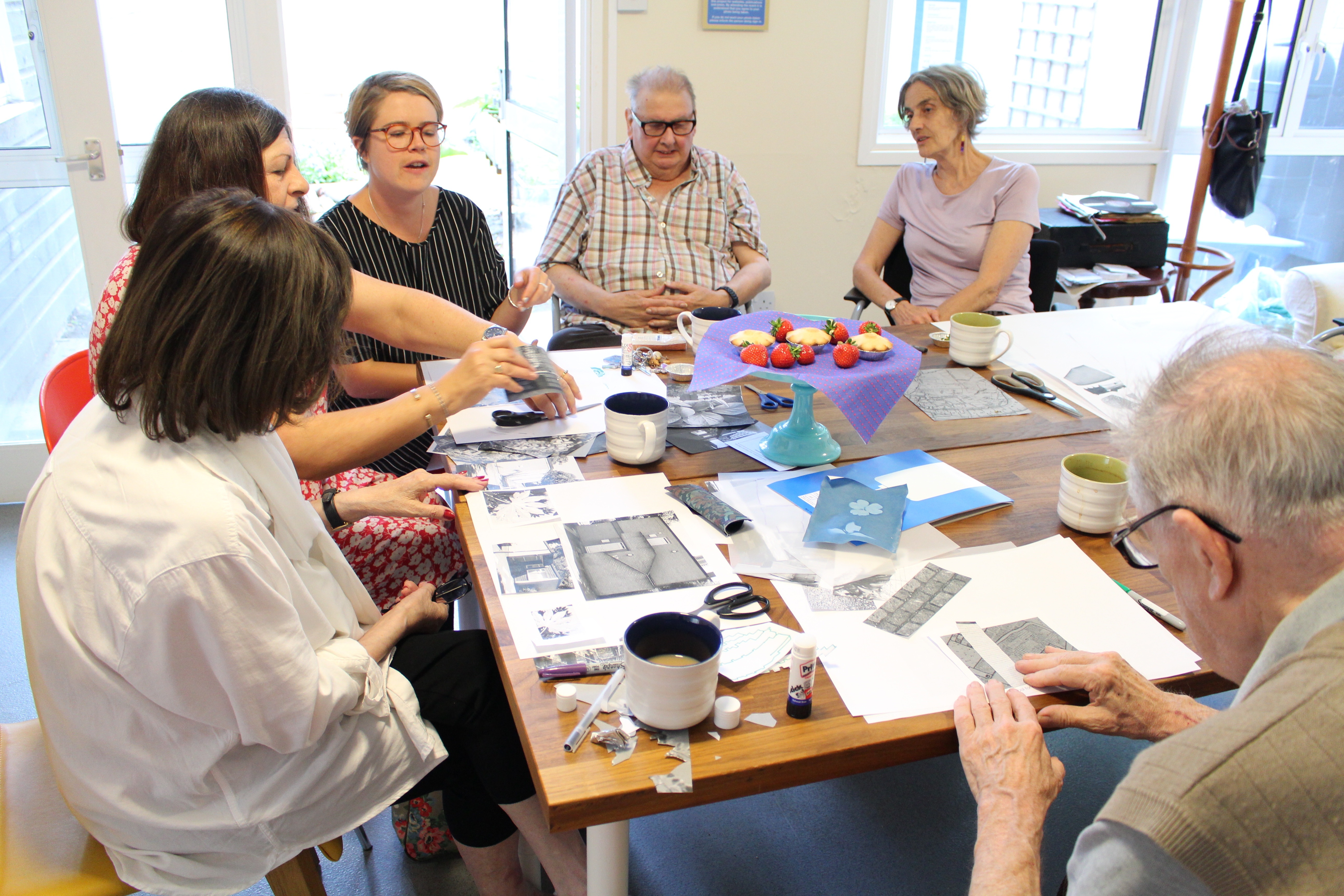 Building on these themes of the organic flower forms and the rectilinear patterns of the bungalows, the towers and paving along Knight’s Walk, we zoomed in closer to a few selected images. The following week we asked residents to choose a size and shape of a frame and identify specific crops of these black and white images which they would want to include in the artwork at No.15. Some excellent design ideas came out of these session and afterwards some residents trialled the scale and location of the artwork directly on the back wall of the garden. 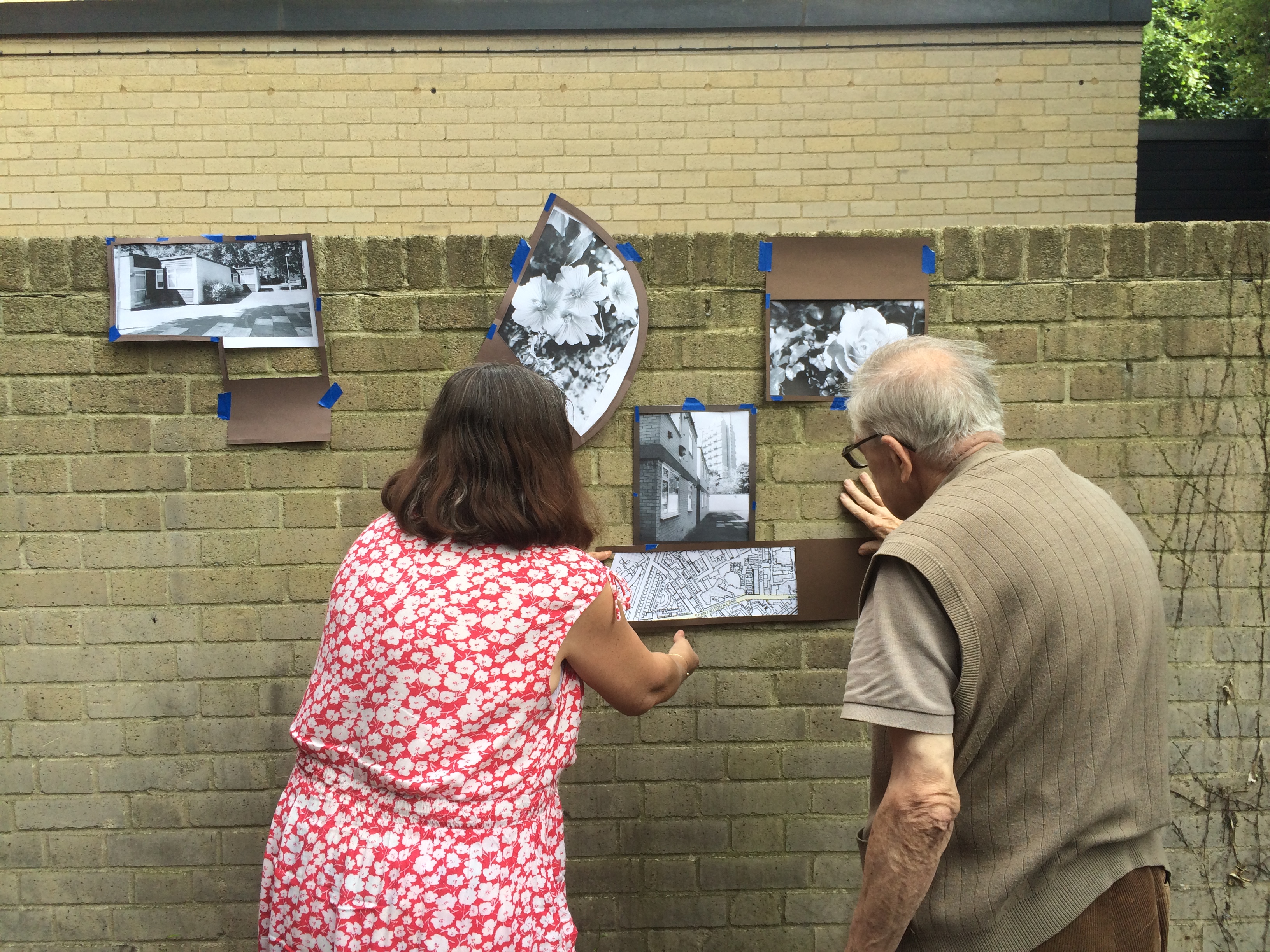 Following an agreement amongst residents and excitement about the final artwork, Victoria from make:good photographed and documented the images, shapes and frames that residents carefully composed and turned these into five beautiful artworks hanging on the garden wall at No.15. The design was created with the intention for the pieces to be easily moved into the new garden area on Knight's Walk once construction begins so that the stories will continue beyond the garden at No.15.

Perforated in beautiful corten steel sheets, the artwork in the garden of No.15, designed and produced by residents of Knight’s Walk captures some of the history and heritage of the area, and will form an important part of the communal spaces of the new development on the estate. 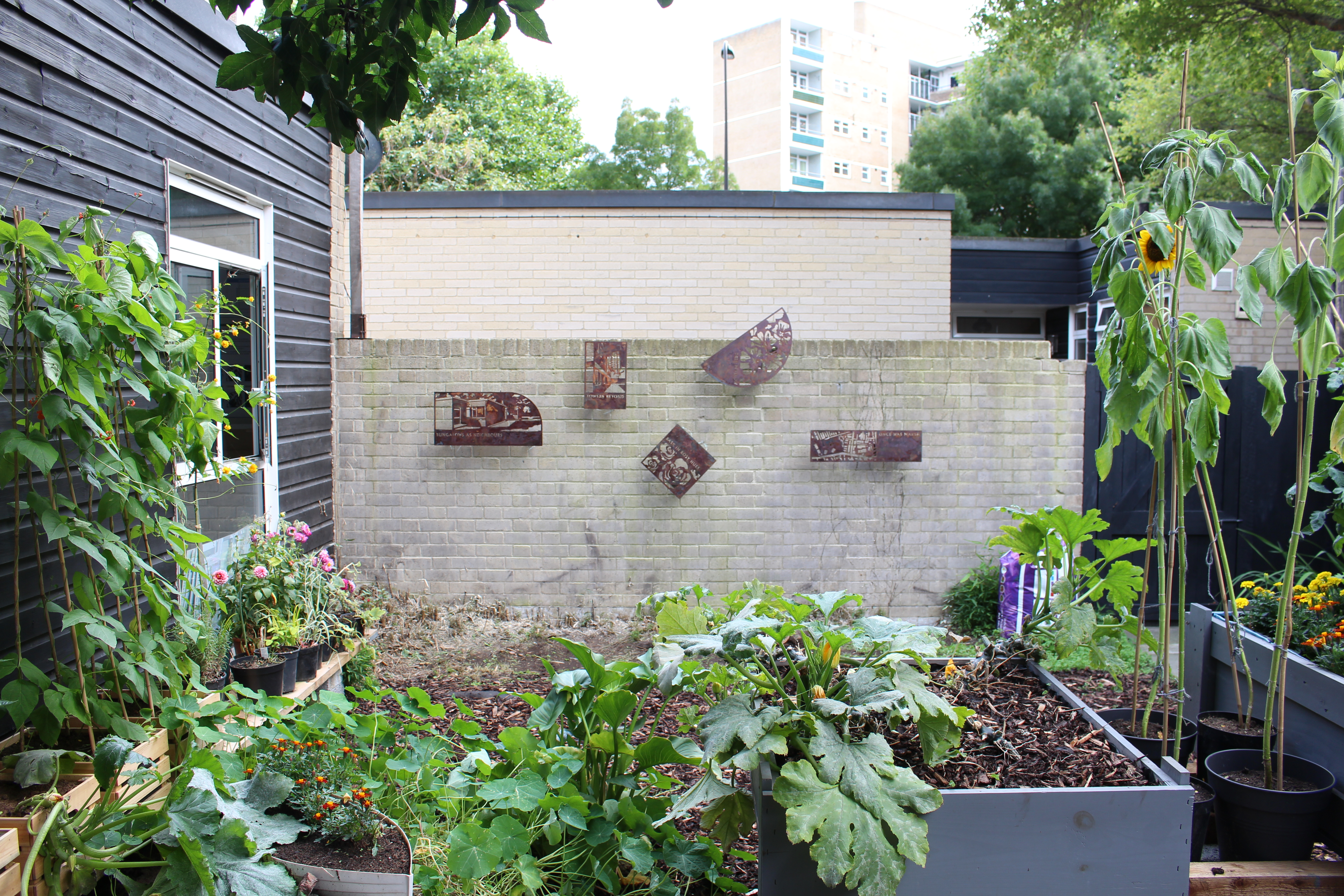