Lambeth have published their May newsletter for Fenwick Estate and it is available to read here.

Lambeth have published their May newsletter for Fenwick Estate and it is available to read here.

WHAT’S HAPPENING ON YOUR ESTATE:

The council are committed to building more and better homes on Fenwick Estate. Because we want to produce a design which you, the residents, are happy with, we will be doing all we can to ensure that you are:

INFORMED about the plans, INVOLVED in the process, so that you can; INFLUENCE what happens next

Help create artwork for your community!

make:good are planning a piece of art for our community garden, and we will hopefully use the same artwork on the hoarding around Phase one.

On Tuesday the 29th May we will have a afternoon of ideas, arts and crafts to start creating this artwork.

All ages are welcome and snacks and refreshments will be provided. We are planning another session in mid June to finalise the design. 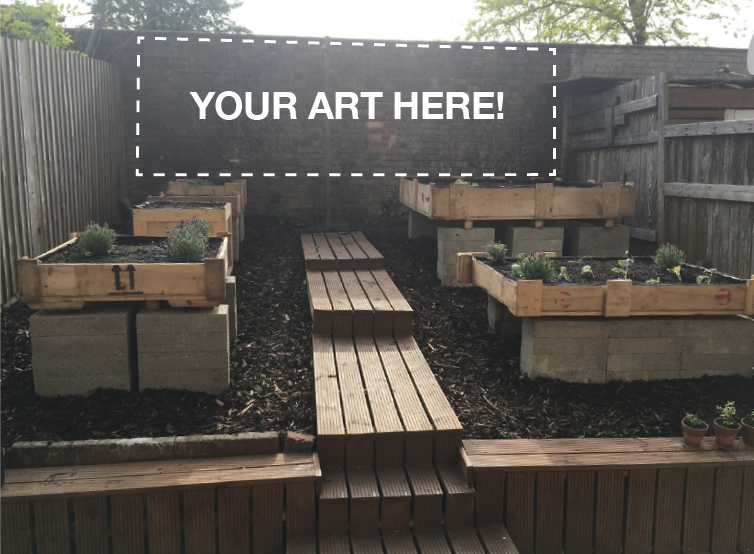 Update on Activities at No.66 Hub

Over the past few months we have been transforming the space at 66 Willington Road into a space that is welcoming to all residents and where we can run some more informal activities; such as cooking, craft, gardening; alongside the drop ins and meetings that Lambeth are arranging.

On Tuesday afternoons, make:good will be in No. 66 running activities; if you have an idea for an activity you would like to see happening get in touch and let us know! No. 66 is a space for residents to ask questions about the regeneration programme, but also take part in local activities which could happen more regularly in community spaces when the new homes are built.

Thanks to some green fingered residents our garden is looking great! You might also have seen us out and about on the estate with our wheelbarrow doing some pop-up planting, talking to residents and getting people to help us plant up some seeds.

Look out for us over the coming weeks doing some pop-up planting near you and come along to our Half Term Arts & Crafts Day on Tuesday the 29th May 2-5pm!

Lambeth's Response to the Mayor's Consultation

As some of you may be aware, in February 2018 the Mayor of London published his guide to rebuilding estates and asked for views on it. As a council we have welcomed the guide as it puts residents at the heart of the decision-making process.

We know that residents may have specific questions about the Mayor’s proposed conditions for grant funding that state that projects would only be eligible for Greater London Authority (GLA) funding if residents have voted in favour of the scheme.

As Fenwick estate is not currently in receipt of GLA funding a ballot would not be required under those proposals.

You can read Lambeth’s full response to the consultation here.

Following the update in the last newsletter about the changes to the Fenwick South development we have put together the following Q&A in order to answer a number of questions from local residents:

Q: Who owns the land which Fenwick South will be built on?

A: The land on which the new homes will be built is owned by Lambeth Council and will remain so. Transport for London (TfL) doesn’t own the land and won’t.

Q: Why is TfL building homes on Fenwick South?

A: Fenwick South is being built by TfL as part of an affordable housing planning obligation attached to a TfL site at Vauxhall Nine Elms. Under the terms of this obligation TfL will build the homes on Fenwick South which will then be owned and managed by Homes for Lambeth.

Q: How does Fenwick South fit into the wider rebuilding of the estate?

A: The homes to be built by TfL on the former housing office site (Site A) and garages (Site B) will be ‘phase one’ of the overall project. These new homes will be for existing residents to move into ready for the first homes to be replaced at Fenwick.

Q: Why the change in the scheme? Why isn’t TfL building on the site currently occupied by Fenwick Hall?

A: The Fenwick Hall site (site C) was in the original planning permission of the Fenwick South development which was approved by the Council’s Planning Applications Committee in February 2017. This planning application was done in consultation with residents including the TRA who run Fenwick Hall. This will not now be built by TfL, which will allow Fenwick Hall (the tenants hall) to remain open.

This site will then be included in the masterplan for the wider estate. It is expected that if this site is included in the wider redevelopment plans, it will be able to provide more homes than the 9 homes within the original planning permission. This masterplan has not started yet and will be done in consultation with residents.

If you have any other question please do not hesitate to get in touch via: Bashir Miah: [email protected] | 0207 926 3607
Or come to one of our regular drop-ins, see timetable on the back of this newsletter.

Coming up in May/ June 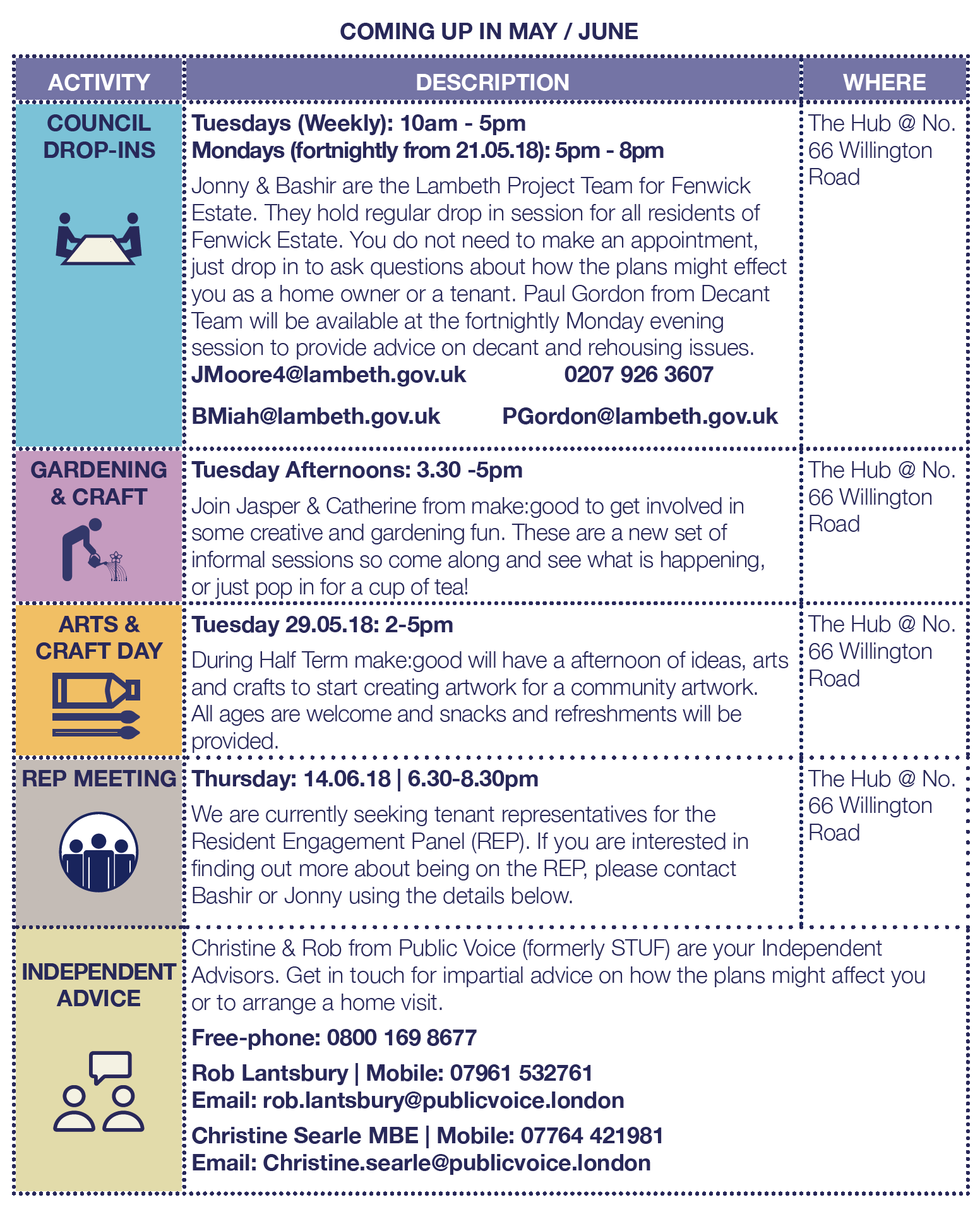 RSVP for our next session here.